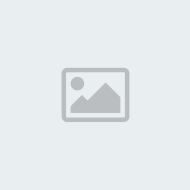 <p>Soccer unites nations. Origins of the game date back to the ancient Greeks and Romans and today, more than 260 million people worldwide kick the ball around in streets, fields and anywhere they can find space to show off their skills.</p>
<p class="MsoNormal">When you give a child a soccer ball, you&rsquo;re not just giving them a toy or sports equipment. You are giving them a dream. You are giving them hope. And above all, you are giving them joy.</p>
<h2>Soccer changes lives</h2>
<p class="MsoNormal">When you play soccer it doesn&rsquo;t matter whether you&rsquo;re rich or poor. The greatest soccer player of all times grew up in poverty in Brazil, yet Pel&eacute; made it to fame and glory because he had talent, he was determined, and he had a dream.</p>
<p class="MsoNormal">What he didn&rsquo;t have as a child was a proper soccer ball to practice and improve his talent. He often used socks stuffed with newspapers which he and his friends would kick around the backstreets of his hometown. How many children worldwide look up to Pel&eacute;, would love to walk in his shoes, but can&rsquo;t afford something as simple as a soccer ball, either?</p>
<h2>It all starts with a ball</h2>
<p class="MsoNormal">This is where BOLA comes into the game. BOLA is an extraordinary premium quality soccer ball designed to make a difference in children&rsquo;s lives. How? Kickstarter is giving free BOLA soccer balls to children in need. The campaign <em>You Buy One We Give One</em> has already distributed more than 10,000 balls in 12 countries, but it&rsquo;s far from over.</p>
<p class="MsoNormal">The concept is easy. For every BOLA that you purchase, another child receives a free ball. You can make a difference with a simple gesture, help a child live their dream and maybe sponsor the next Zinedine Zidane or the next Messi, simply by buying a soccer ball.</p>
<h2>How soccer can change the world</h2>
<p class="MsoNormal">When children play soccer, they are allowed to be kids. They can forget about their struggles, about poverty, about violence. They simply live in the moment and enjoy. On top of that, they acquire important life skills such as making friends, solving problems peacefully, negotiating. Soccer also supports their overall wellbeing. Children who play soccer are more active, they build muscles, flexibility, and endurance.</p>
<p class="MsoNormal">But above all, soccer gets children off the streets. It gives them a purpose. If you&rsquo;re part of a team, whether it&rsquo;s social or competitive, you don&rsquo;t need to turn your eye to crime and violence. So far, BOLA has exchanged more than 1000 toy guns worldwide for soccer balls. Children are lining up, happily handing in their toy weapons, to receive a round piece of leather filled with air. It can really be that simple.</p>
<h2>It&rsquo;s about people</h2>
<p class="MsoNormal">BOLA wants to make the world a better place. It&rsquo;s not about profit, it&rsquo;s about people. There are no celebrity endorsements, no money wasted on highly overpriced advertisement campaigns. You buy a ball, and a child in need receives a ball. For Free. Would you like to help us make the world a better place?</p>

Hi, I’m Mara. I was born and raised in Germany where I trained and worked as a journalist for many years. However, I have always had a passion to travel, have lived in the US and in Australia and immigrated to New Zealand in 2010. After starting a new career as an Early Childhood Teacher I eventually went back to writing. I wanted to work from home so I could spend more time with my daughter. She drives me up the walls but I am loving every minute of it =D